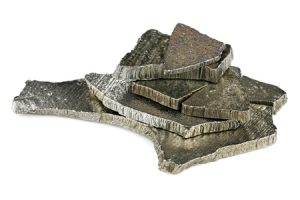 The Old Madison Mines in Fredericktown, Missouri, are approaching peak cobalt production for the domestic and international markets, according to Missouri Cobalt.

Until the 1970s, the Fredericktown mines were a source of lead.

Now, they produce highly sought-after cobalt, which is used in everything from jet engines to the lithium-ion batteries that power our smartphones and laptops. The cobalt is produced from surface ore left behind from the site’s lead-mining days.

Emerging technologies have created a boom in demand for cobalt—according to Hollomon, the number of global battery makers jumped from 17 to 72 in just two years. In fact, experts foresee a tripling of demand by 2025.

Missouri is well-positioned to meet this demand, especially since there is no other new supply of the element other than “conflict cobalt” in the Congo, so-called because the mines there are known to use child labor.

The Fredericktown mines are also a source of job growth in southeastern Missouri.

Currently, the mines employ 33 people, but company executives expect to employ up to 1,000 people in the future. Missouri Cobalt aims to produce clean and ethically-produced battery materials for the renewable energy industry. As part of its commitment to the environment, the company has agreed to clean the area and eliminate potential environmental issues.

If you’re in the mining industry in the Jefferson City area, you can count on Rackers Equipment Company to help you find all the new and used mining and aggregate equipment you need. Just give us a call at (573) 635-8700 to learn more today!