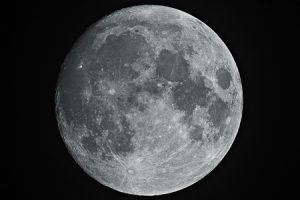 Humans have been extracting valuable minerals from the Earth since the dawn of civilization. During the Neolithic Age, our early ancestors extracted flint and malachite from deep shafts dug in the soft chalk deposits of prehistoric Europe. In Egypt, humans have been mining copper since about 3000 BCE. Today, mining companies here in Missouri are finding innovative new ways to extract the cobalt we need to make lithium-ion batteries.

Soon, however, our search for minerals could take us beyond the Earth to the surface of the moon.

Although the dream of extraterrestrial mining may seem like something out of science fiction, it recently came one step closer to reality when the European Space Agency (ESA) announced a bold plan to begin mining the moon for water and oxygen by 2025. Earlier this year, the ESA signed a contract with ArianeGroup to launch its mining mission aboard one of the company’s Ariane 64 heavy-lift rockets.

If the ESA is successful in its endeavors, it could allow humans to establish a permanent outpost on the moon that can sustain itself with resources mined from lunar regolith. Ultimately, this lunar settlement could even serve as a refueling station for crews on missions to Mars and beyond.

The ESA might be the first space agency to plan a mining mission to the moon, but they’re far from the only organization with its sights set on extraterrestrial mining. Here in the U.S., scientists at NASA’s Jet Propulsion Laboratory are also exploring new ways to extract minerals from the moon. According a recent report from Goldman Sachs, asteroid mining could even produce the world’s first trillionaire.

After gaining several centuries of mining experience here on Earth, it only makes sense that we should eventually strike out and start extracting minerals from other celestial bodies as well.